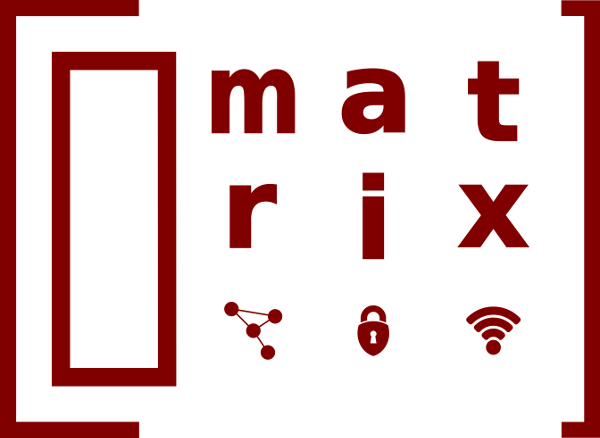 The CoMatrix project enables the usage of the Matrix protocol (more precisely Matrix Client-Server API [0]) for constrained IoT devices via CoAP [1] and CBOR [2] in a constrained network (e.g. a 802.15.4/6LoWPAN network [3]).

The architecture of the Matrix protocol is based on HTTP/REST/JSON/TLS and is therefore not suitable for constrained devices. CoMatrix provides a gateway, which ports Matrix to CoAP/CBOR/(DTLS). This gateway communicates with constrained IoT devices on one side via CoAP+CBOR and translates to the Matrix protocol on the other side (i.e. HTTP+JSON). We also provide a CoMatrix client library (for RIOT-OS [4]) which provides a starting point to implement CoAP clients (for constrained devices) which are able to interact with Matrix homeservers via the gateway.

As far as we know there were no practical implementations or use of Matrix on constrained IoT devices before CoMatrix. CoMatrix now provides the basis to integrate Matrix-based communications in your IoT project(s). It enables resource-sparing communications for devices where this is necessary (e.g. microcontrollers, SoCs), but it also enables reliable communications for/with non-constrained devices (i.e. PCs, servers, laptops, smartphones) via standard Matrix implementations. (Co)Matrix may evolve into an alternative to MQTT/MQTT-SN.

Talk recording of our CoMatrix presentation at RIOT Summit 2021: 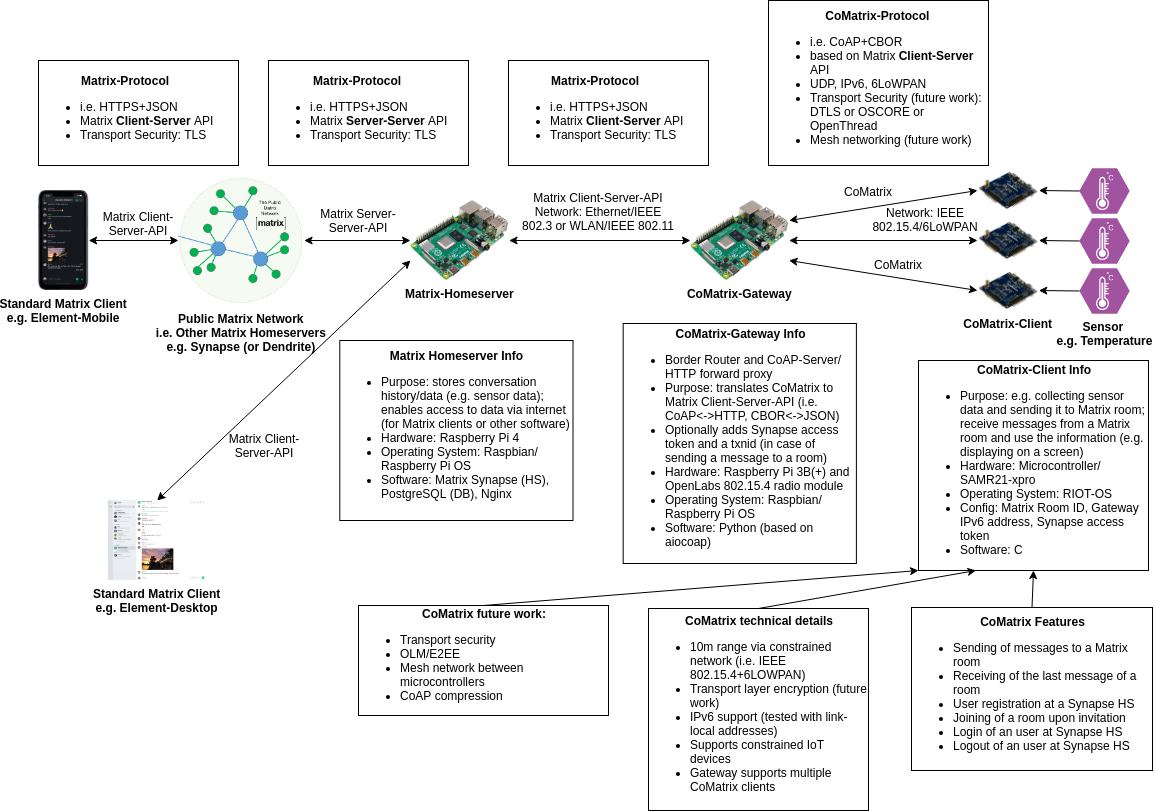 See setup tutorial for details about our testbed setup.

Our testbed was built by using the following hardware: 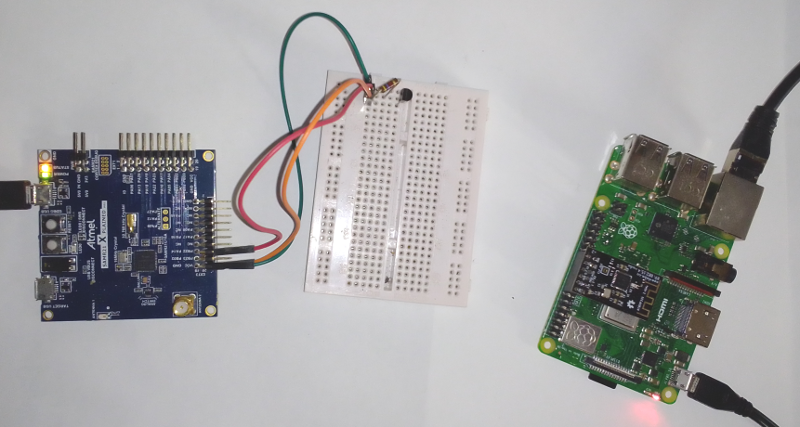 While working on our CoMatrix project, “MSC3079: Low Bandwidth Client-Server API” was publicly announced on 01.04.2021. When implemented, this would enable CoAP clients to directly send requests to CoAP endpoints provided by a Matrix homeserver (e.g. Synapse). Homeservers would then provide a CoAP/CBOR alternative to the existing HTTP/JSON API, but will not replace the existing HTTP/JSON APIs. The CoMatrix project in comparison enables CoMatrix clients to communicate with a Matrix homeserver (i.e. Synapse) via CoAP/CBOR without requiring the homeserver to provide CoAP endpoints.

Moreover, our CoMatrix client library (for RIOT-OS) can be used as a starting point to implement CoAP clients (for constrained devices) which are able to send CoAP requests to Matrix homeservers directly (after MSC3079 is implemented in e.g. Synapse).

However, we also implemented a few design proposals from MSC3079 in CoMatrix:

Also, our gateway allows to (optionally) define a hardcoded access token to be used for CS-API requests and to (optionally) add a txnId for sending a message to a Matrix room. This reduces the bandwidth consumed by CoMatrix.

coap-proxy is a proof of concept experiment for converting normal Matrix HTTPS+JSON traffic into an ultra-low-bandwidth CoAP+CBOR+Flate+Noise+UDP network transport. The resulting transport typically uses 35x-70x less bandwidth than HTTPS+JSON, and attempts to fit typical Matrix transactions into a single roundtrip on a 100bps network link.

For more information on possible future work see the corresponding sections in gateway and client description.

CoMatrix is published under the GPLv3 License, see LICENSE for details.